Super Bowl Weekend & Super Music On In The Mix With HK 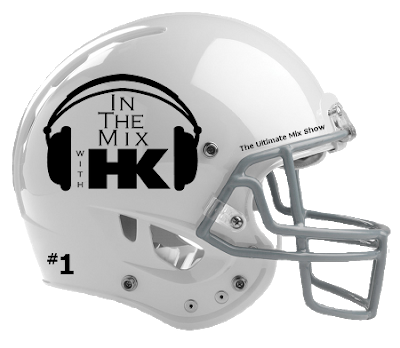 We all love the BIG GAME, but don’t underestimate the entertainment for heating up the field! Kicking things off with the National Anthem are R&B singer Jazmine Sullivan and country singer Eric Church. Then The Weeknd plans on scoring big with his halftime show. The singer put $7 million of his own money into this year’s performance. His manager says the Weeknd fronted the money to make this halftime show be what he envisioned. With the highly anticipated musical performances, commercials you actually might want to watch, fun food and oh yeah…the championship football game of the year too, you gotta love Super Bowl Sunday!

I’ll give you another reason to love Super Bowl weekend. I’ve got possession of the perfect winning soundtrack. It’s gonna be a party blitz with exclusive HK remixes on hits from Ariana Grande, Miley Cyrus, Nelly with Florida Georgia Line, Justin Bieber, Dua Lipa and of course The Weeknd. Also on the roster are new beats from Ava Max, Clean Bandit with iann dior, Jason Derulo and Adam Levine. Plus I’ll be punting in mashups, scoring throwbacks and putting this party into overtime! You never know how the big game will turn out but I know we’re gonna be turnin’ it out this weekend with In The Mix with HK™ right here on Z99, Friday's at 7PM!