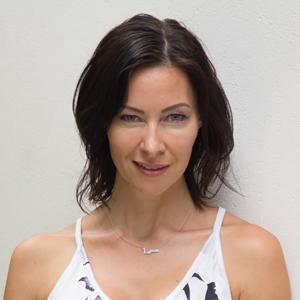 Teri Lynne hails from the Great White North (Canada) and has been the voice people have been waking up to on various stations for years!  Teri got her start in radio in 2006 and has been in love with it ever since. Previously a drama teacher and part-time actor Teri is no stranger to public speaking, performing, hosting and voice-over work.  She has acted in feature films, television shows, commercials, and toured Canada with several stage productions.

Teri's musical preferences are almost too vast and too strange to list them all, but she enjoys everything from Top 40, dance, house, oldies, hair bands, punk rock, modern rock, classic rock, '80s, rap, R & B, country, and disco to name a few!

When Teri is not working she enjoys spending time with her friends, family, and her dog Roxy. Teri's hobbies include traveling, acting, watching movies, writing, swimming, hot tubbing and just generally soaking up all that the Cayman Islands has to offer. She is attempting to write her first full novel loosely based on her life and her various job experiences. You can catch Teri weekdays On Air With Tim & Teri 6am-10am.